Today was a glorious day in New Orleans!

We picked up some poboy sandwiches (a New Orleans version of a sub/hoagie/grinder) and then had a picnic on one of the mississippi levies. Was a great time with everyone. 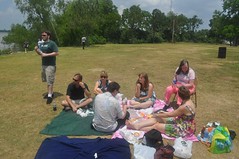 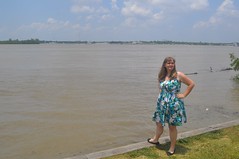 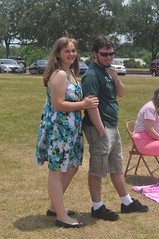 Next we dropped off C and Y at the convention center, C to get ready, and Y ro save the rest of us some seats. The rest of us went back to the hotel for relaxing and changing.

We left for the conv ctr after they had to wake me up. When we got there it was already crowded so we were lucky to get good seats. I got the aisle seat so I could pop up to grab pictures (arriving soon!).

The first half started at 4 and was just great. The speakers were entertaining, even the serious keynote, Tom Friedman, knew how to keep things entertaining. 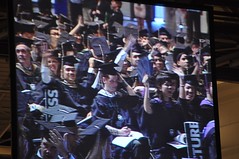 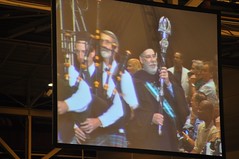 One of the best parts was that Stevie Wonder was given an honorary doctorate, and he performed for us, and we sang Happy Birthday to him. 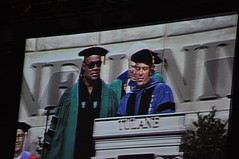 The second half was the roll call, which is boring except for the 3 seconds your own kid is on stage. We bugged out after C’s school finished and theybwere only about half done. The after party was at Mardi Gras World where they build and store the floats for Mardi Gras. It was cool seeing them (lots more pics). The food part was way too packed, so after we had some popcorn (the only thing you could get without waiting in line) we decided to go to dinner. I met a few of C’s friends and got some pics as well. 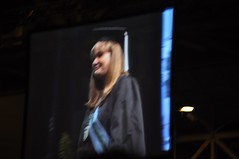 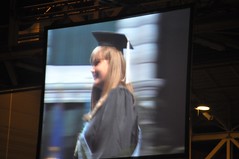 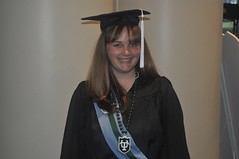 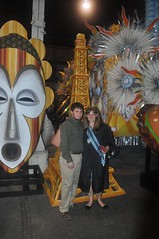 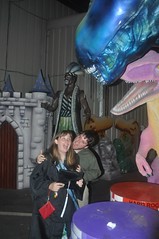 Dinner was at Lebanan’s Mediteranian restaurant. They had fantastic hummus and falafels. I had chicken shawarma, which was excellent. A great time was had by all!