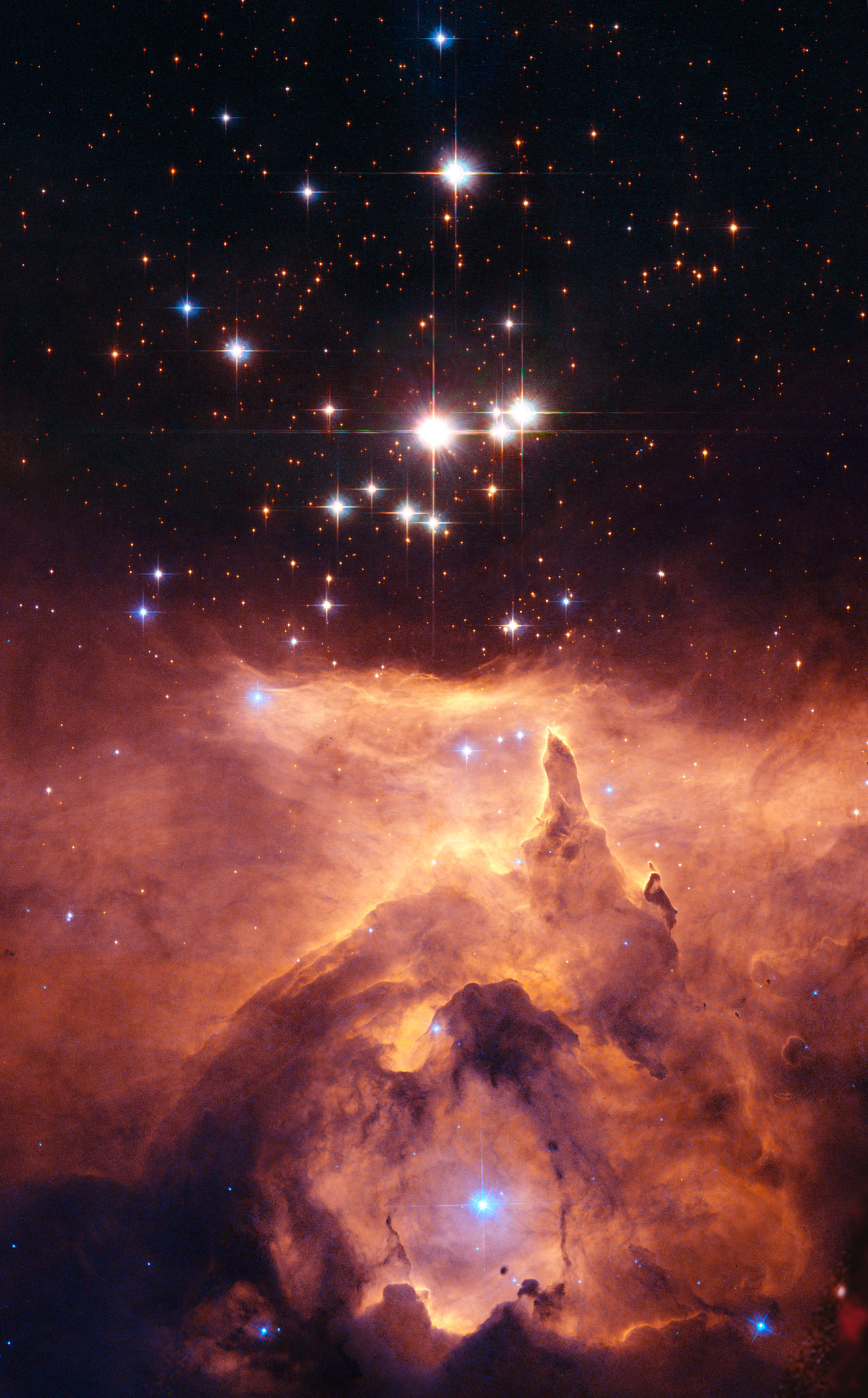 From: Star on a Hubble diet: (clicking through gets you links to different images sizes and posters.)

The star cluster Pismis 24 lies in the core of the large emission nebula NGC 6357 that extends one degree on the sky in the direction of the Scorpius constellation. Part of the nebula is ionised by the youngest (bluest) heavy stars in Pismis 24. The intense ultraviolet radiation from the blazing stars heats the gas surrounding the cluster and creates a bubble in NGC 6357. The presence of these surrounding gas clouds makes probing into the region even harder.

One of the top candidates for the title of “Milky Way stellar heavyweight champion” was, until now, Pismis 24-1, a bright young star that lies in the core of the small open star cluster Pismis 24 (the bright stars in the Hubble image) about 8,000 light-years away from Earth. Pismis 24-1 was thought to have an incredibly large mass of 200 to 300 solar masses. New NASA/ESA Hubble measurements of the star, have, however, resolved Pismis 24-1 into two separate stars, and, in doing so, have “halved” its mass to around 100 solar masses.