Orion’s Belt Rises Through the Atmosphere: On June 23, 2014, Expedition 40 Flight Engineer Reid Wiseman captured this image which connects Earth to the International Space Station and to the stars. Among the “stellar” scene is part of the constellation Orion, near the center of the frame. The U.S. laboratory or Destiny is seen in the upper right. 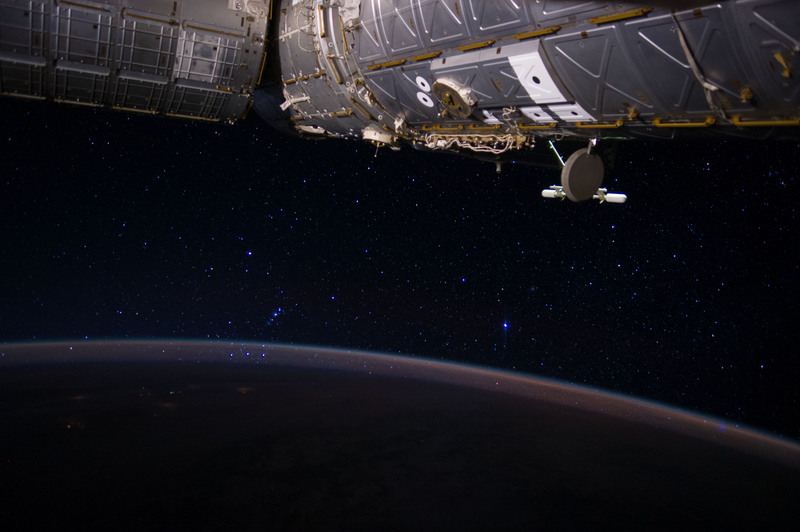