A repost from Dr. Ian O’Neill.

This Christmas season, NASA’s Cassini mission got into the festive spirit, capturing some breathtaking views of the beautiful ringed gas giant Saturn. Along with Saturn and its majestic rings, views of the Saturnian moons Titan, Enceladus and Rhea were also shared, showcasing some of the system’s most fascinating mysteries such as Titan’s south polar vortex, ring resonances and Saturn’s hexagonal northern jet stream. 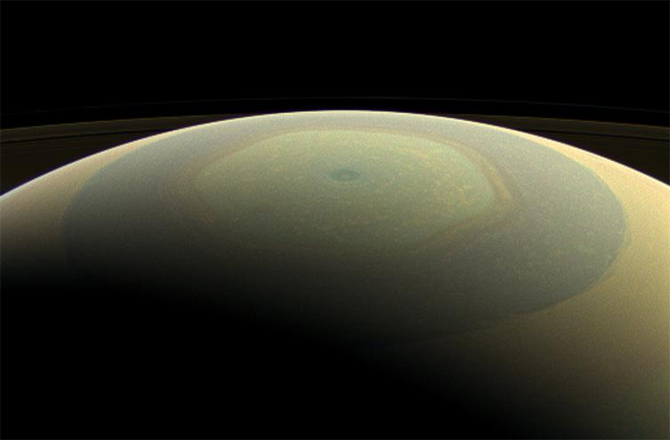 Shown here, in a wide angle shot of Saturn’s north pole, the hexagon is clearly visible. 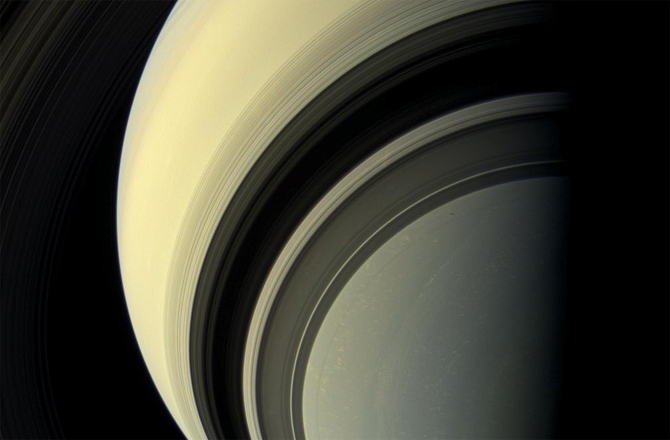 As winter approaches the southern hemisphere of Saturn, a familiar blue hue returns to the gas giant’s clouds. 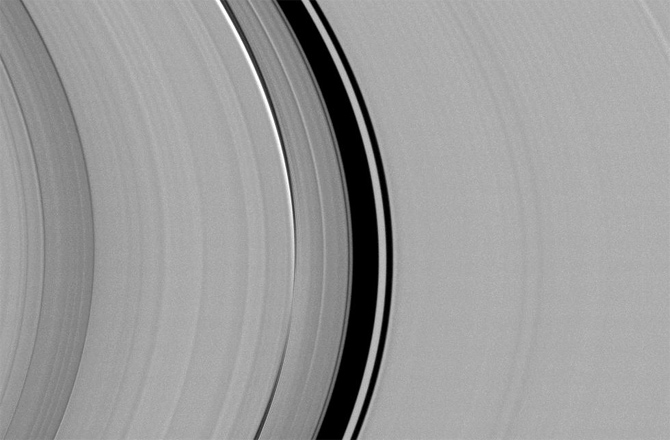 In this view of Saturn’s rings, the “Titan Ringlet,” embedded within the Colombo Gap in the center of this Cassini photo, can be seen. The Ringlet is slightly oval shaped with its axis always pointing toward Titan. This is one example of the gravitational moon-ring resonances that shape Saturn’s rings. 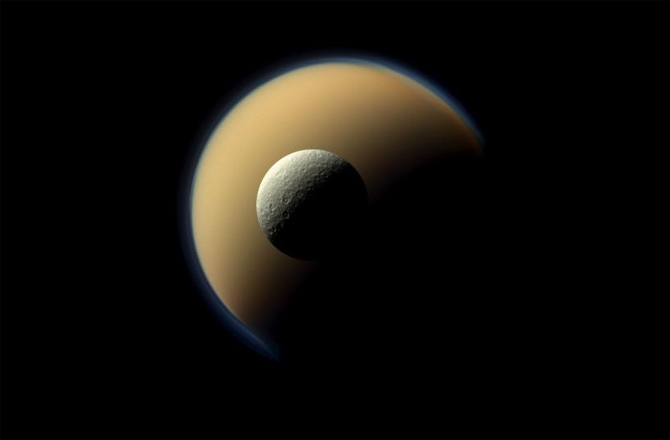 The moons Titan and Rhea line up from Cannini’s perspective. Titan is Saturn’s biggest moon that plays host to a thick, hazy atmosphere. Crater-riddled Rhea, the second largest, is barren in comparison. 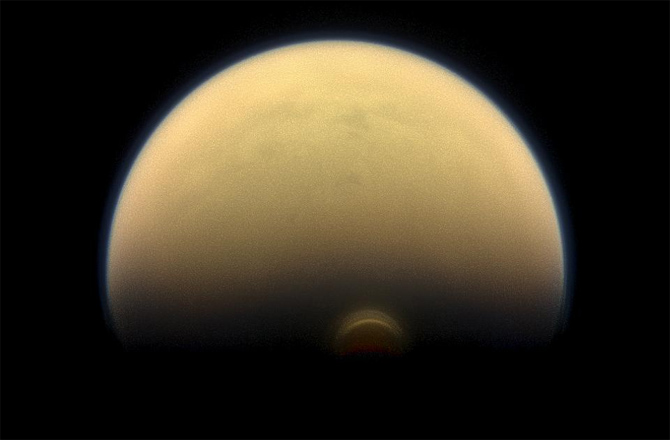 The stacked clouds over Titan’s south polar vortex are lit up by the twilight sun. 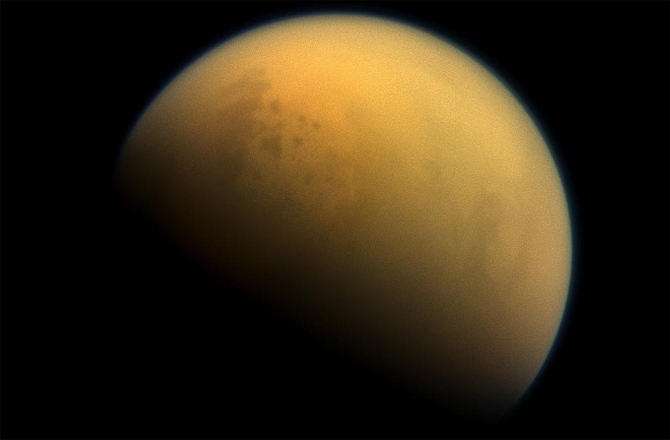 Titan’s hydrocarbon lakes become visible through the moon’s atmosphere as Cassini uses a special filter to cut through the haze. 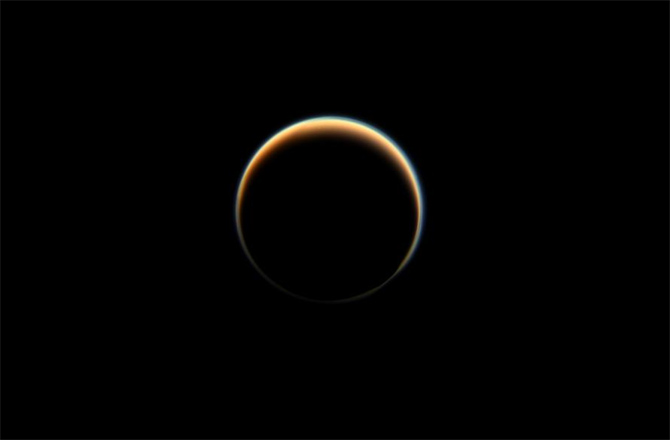 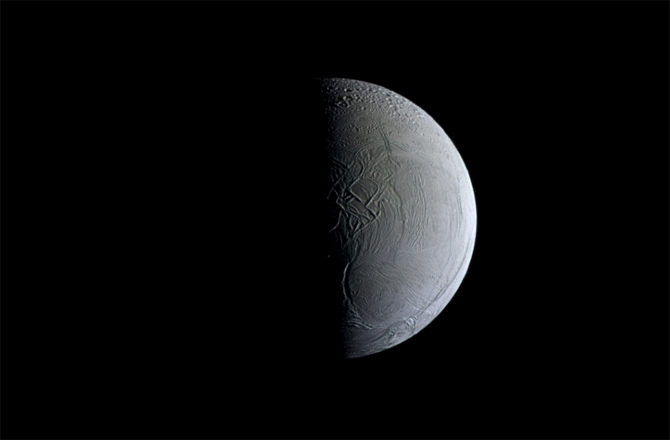 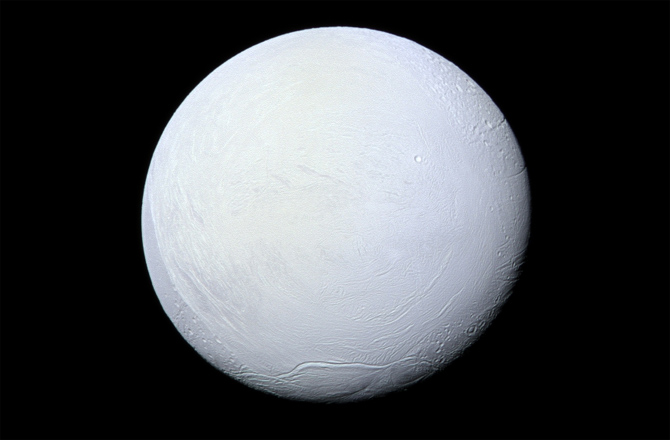 For high-resolution versions of these images, browse the Cassini Imaging Central Laboratory for Operations (CICLOPS) website.