An interesting old book surfaced to my attention, a little late for Black History Month this year, but still quite relevant: “The Anti-Slavery Alphabet”. Written in 1846 for the Anti-Slavery Faire in Philidelphia of that year, it’s a basic primer for teaching letters with anti-slavery lessons. 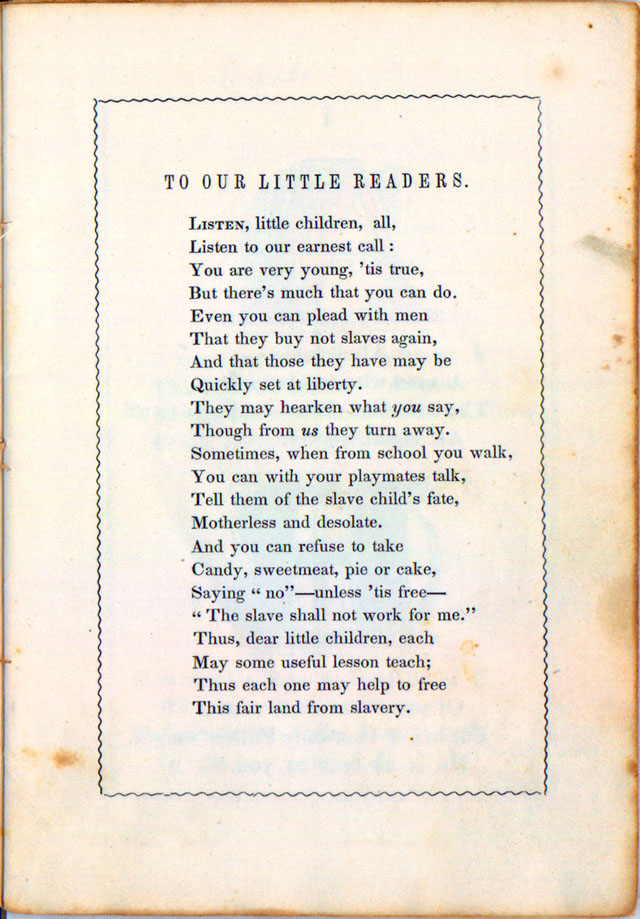 To our little readers.

Listen, little children, all, Listen to our earnest call: You are very young, ‘tis true, But there’s much that you can do. Even you can plead with men That they buy not slaves again, And that those they have may be Quickly set at liberty.

They may harken what you say, Though from us they turn away. Sometimes, when from school you walk, You can with your playmates talk, Tell them of the slave child’s fate, Motherless and desolate.

And you can refuse to take Candy, sweetmeat, pie or cake, Saying “no” – unless ‘tis free – “The slave shall not work for me.”

Thus, dear little children, each May some useful lesson teach; Thus each one may help to free This fair land from slavery.

“A is an Abolitionist / B is a Brother” 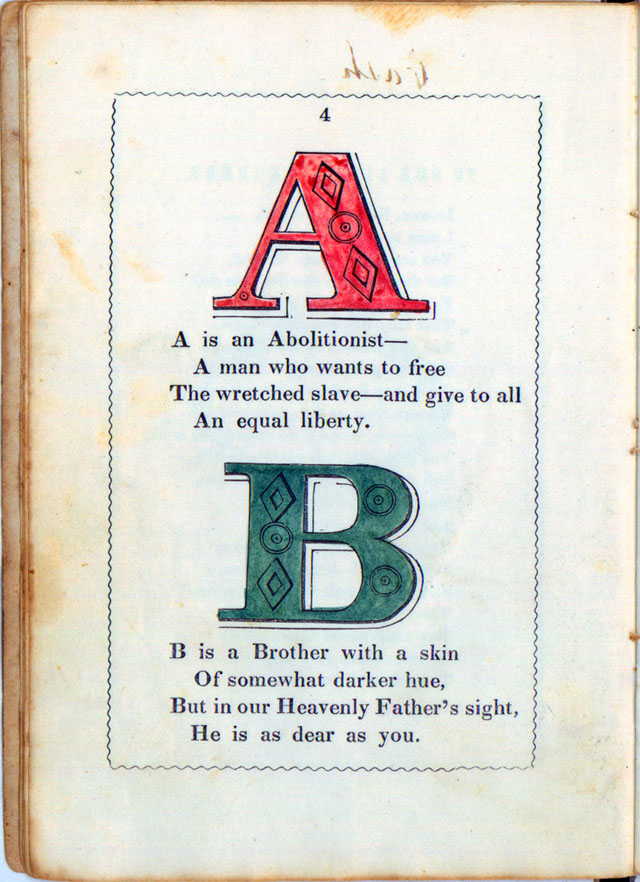 B is a Brother with a skin Of somewhat darker hue, But of our Heavenly Father’s sight, He is as dear as you 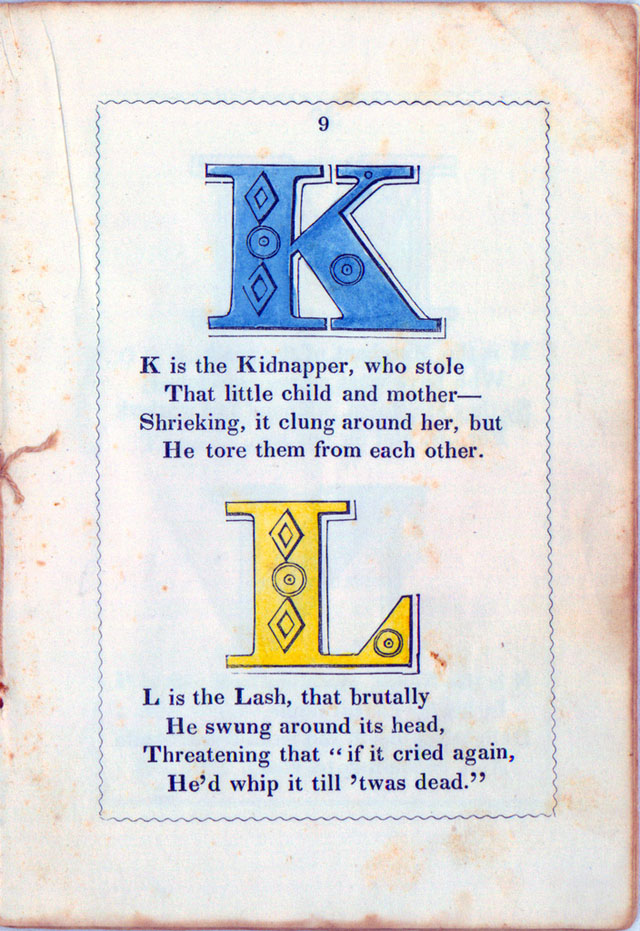 K is the Kidnapper, who stole That little child and mother – Shrieking, it clung around her, but He tore them from each other.

L is the Lash, that brutally He swung around its head Threatening that “if it cried again, He’d whip it till ‘twas dead.”

Problematic use of “its” in the second line of the “L” stanza I believe is intentionally showing the de-humanization of slaves, but I don’t think they should have there – the need at this point is for re-humanizing the person being tortured.

M is the Merchant of the North / N is the Negro, Rambling Free 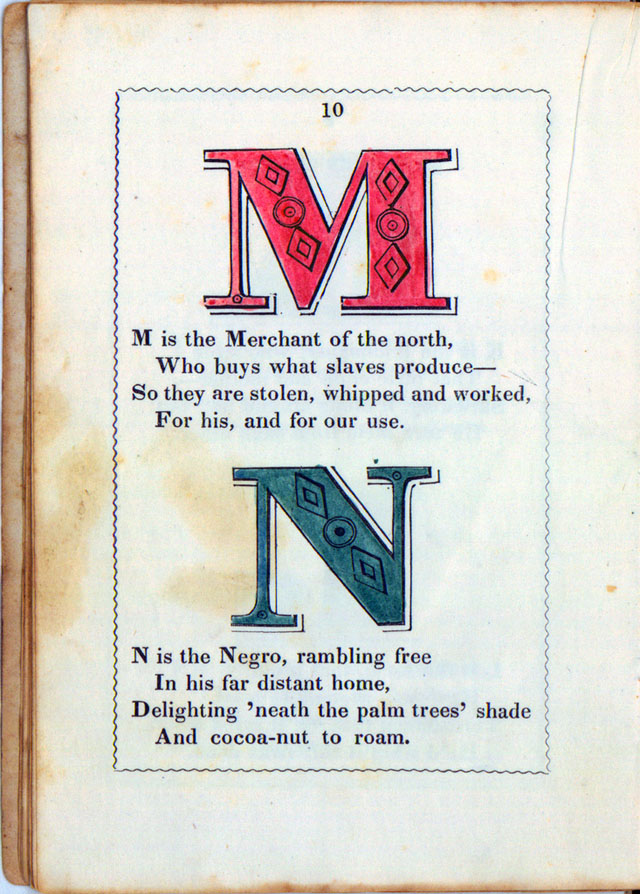 M is the Merchant of the north, Who buys what slaves produce – So they are stolen, whipped, and worked, For his, AND FOR OUR USE

N is the Negro, rambling free In his far distant home, Delighting ‘neath the palm trees’ shade And cocoa-nut to roam

Emphasis mine, for we have been complicit.

Romanticism in the flesh here, about African natives lives and environment; perhaps as bad as anything else. Perhaps the sentiment is what’s important? Perhaps not.

The Anti-Slavery Alphabet, 1846, from Missipppi Department of Archives and History