On November 25, 2014, people gathered in around the US to rally for peace in Ferguson, Missouri. In Portland, Oregon, an image of a police seargant hugging a child has gone viral with it’s hope of healing the rifts between authorities and the people they are supposed to protect and serve. 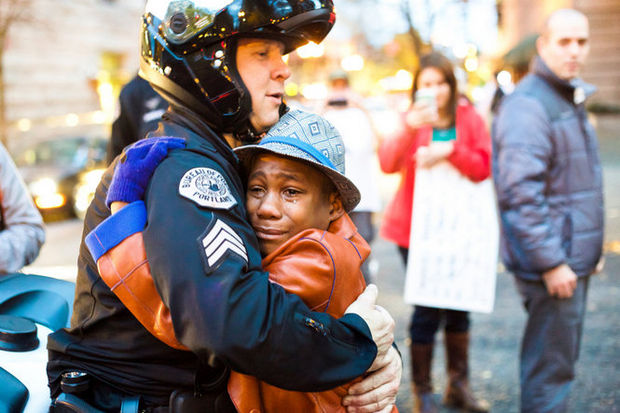 This image was taken by freelance photographer Johnny Nguyen and published in the Oregonian telling the story about the young Devonte Hart, a young man wearing a sign saying “Free Hugs” was at the rally, and a Portland police seargent, Bret Barnum, engaged him in conversation, ending in the hug depicted above.