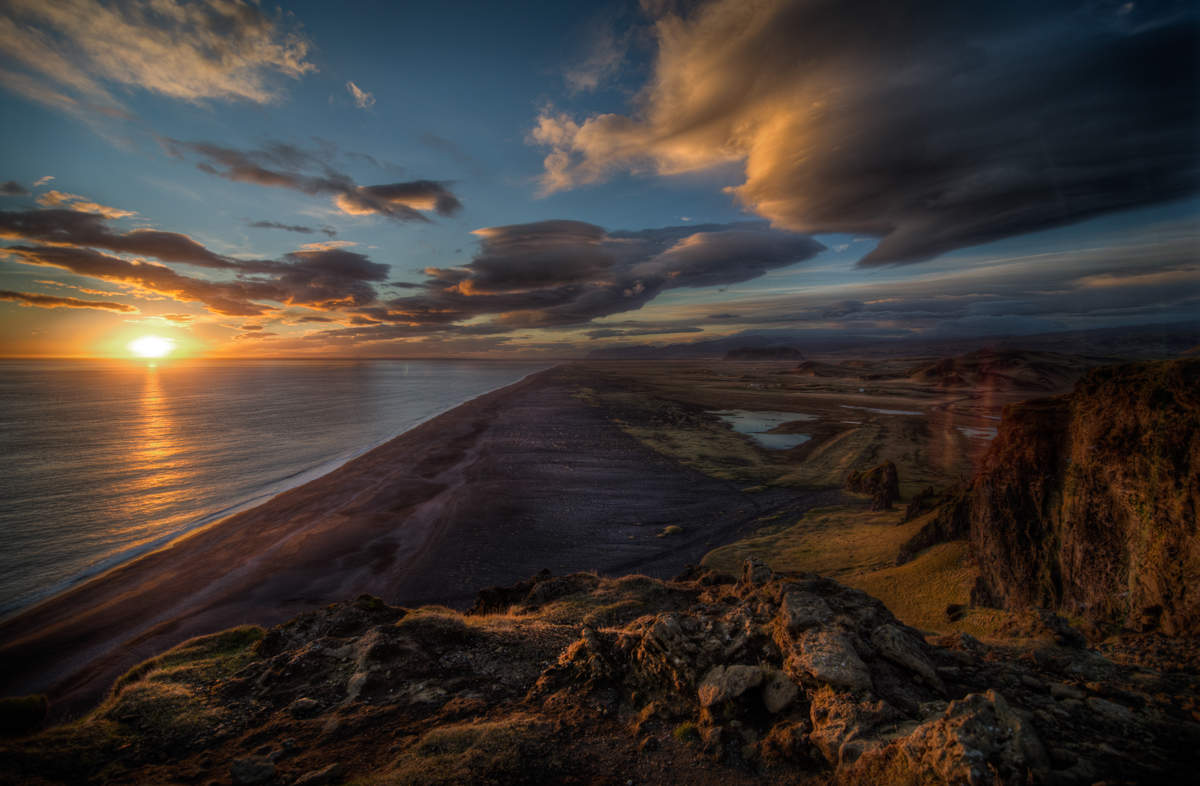 The photo above shows a black sand and pebble beach near the town of Vik i Myrdal, the southernmost settlement in Iceland. This sand originated from the basalt lava that covers much of the area. Because black sand isn’t routinely replenished like most beach sand when storms and tides wash the sand away, black sand beaches tend not to endure very long.

The geology of Iceland is comparatively young – it owes its existence to the Mid-Atlantic Ridge that splits the island in half. Volcanoes along the ridge, such as Katla, erupt with some regularity continuing to add surface area and mass to the “land of ice and fire” and to augment the black sand beaches. Photo taken near sunset on October 3, 2012.