I don’t know what else to say about this but OMGSOAWESOME!!!! 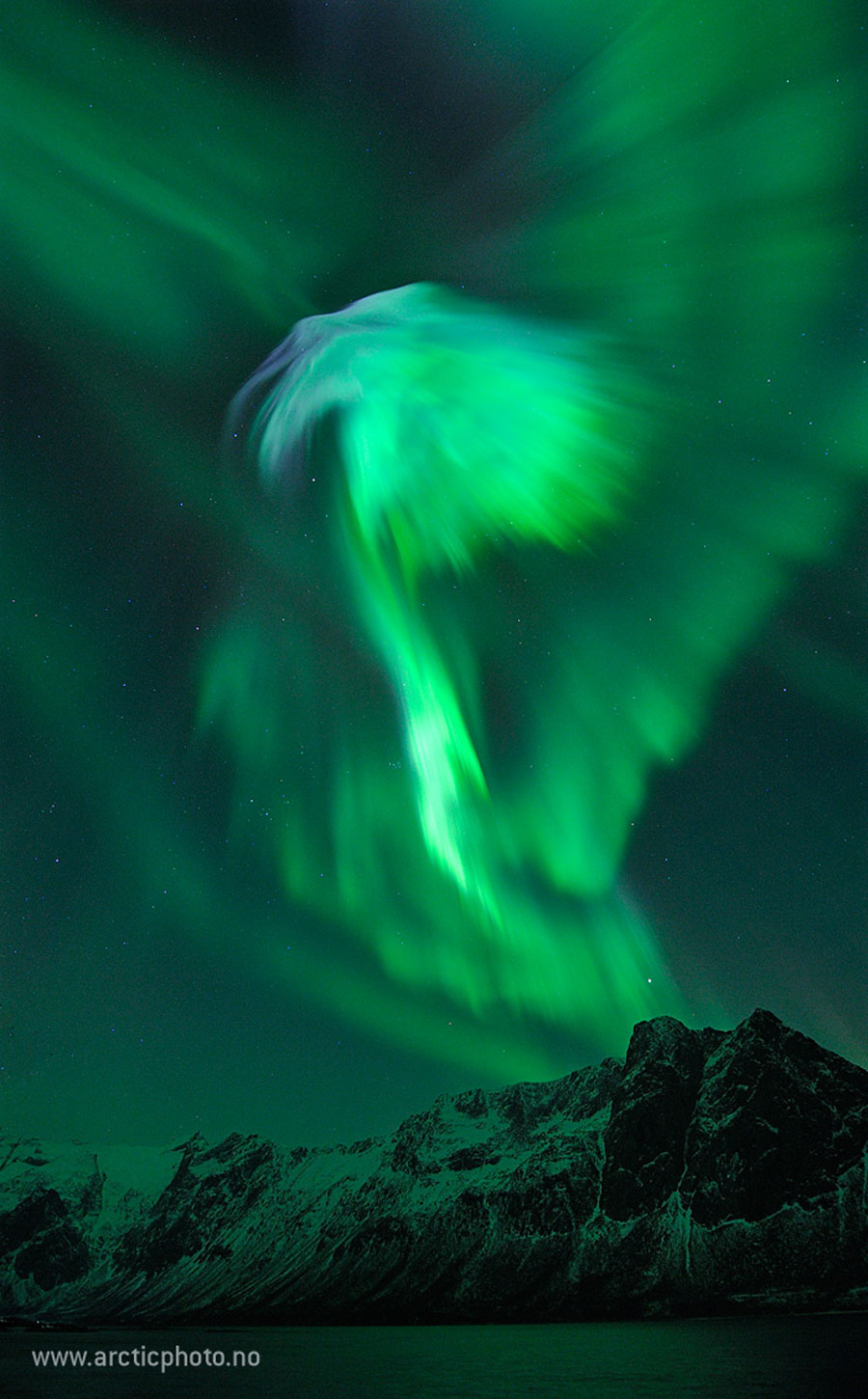 What’s that in the sky? An aurora. A large coronal mass ejection occurred on our Sun five days ago, throwing a cloud of fast moving electrons, protons, and ions toward the Earth.

Although most of this cloud passed above the Earth, some of it impacted our Earth’s magnetosphere and resulted in spectacular auroras being seen at high northern latitudes.

To some, this shimmering green glow of recombining atmospheric oxygen might appear as a large eagle, but feel free to share what it looks like to you.

This round of solar activity is not yet over – a new and even more powerful solar flare occurred yesterday that might provide more amazing aurora as soon as tonight.