Those little critters really can fly!!

It might look nuts but this tiny squirrel thinks nothing of making incredible 150-foot leaps through the trees. As these amazing pictures show the southern flying squirrel becomes more bird than mammal as it stretches out its body into a natural glider. Despite being nocturnal, the cute critter was caught on camera by British photographer Kim Taylor making its nighttime jumps. 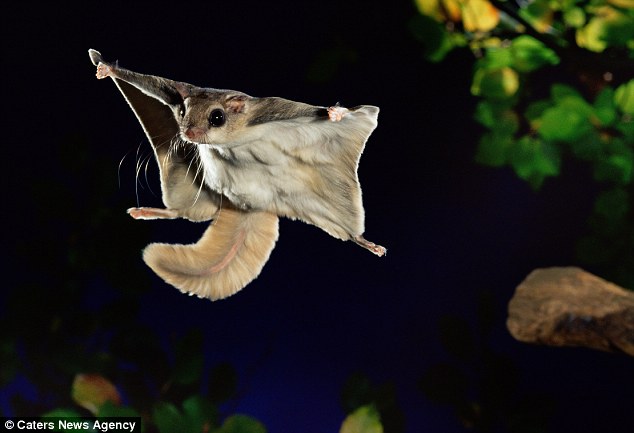 Mr Taylor used a clever combination of a 150mm camera lens and a special 3,500 volt high-speed flash triggered by an infra red beam to capture the images.

Southern flying squirrels are lightweight at just 65g feed mostly on insects, nuts and acorns. ‘These animals are strictly nocturnal and live in tree holes, such as disused woodpecker holes,’ said Mr Taylor, 79, who runs his own studio called Warren Photographic, in Guildford, England. ‘They feed mainly on nuts and acorns and glide from tree to tree on stretched skin flaps, each time losing height while gliding and gaining height by climbing the next tree.’ 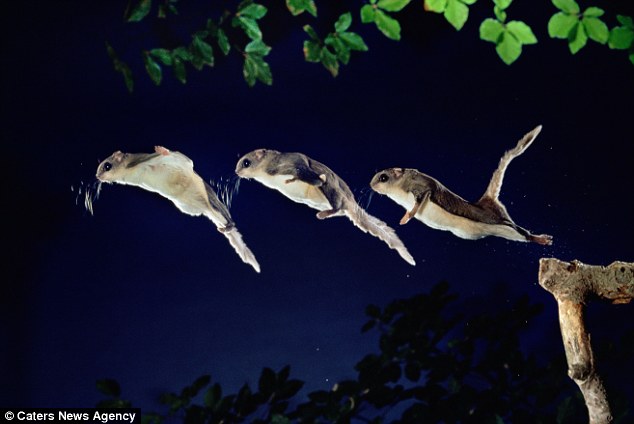 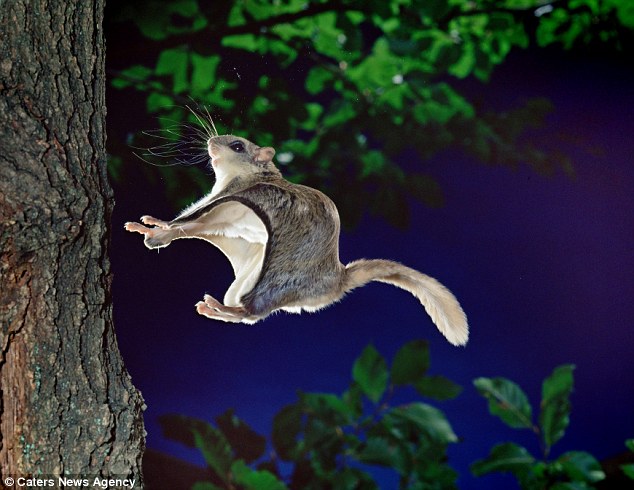 The animal in the photos was kept in a large flight arena, provided with a high nest box in which it lived. At dusk it emerged from its nest and glided down to one of several tree trunks placed in the arena, and then climbed upwards to reach a feeding platform.

An infra red beam was placed across the likely flight path of the squirrel, so that, when the beam was crossed, the squirrel took its own photo. Special high speed flash units, working on 3500 volts, were used to light the subject. A multi-flash system was sometimes used to produce three images in quick succession. A medium format film camera with 150 mm lens was used for the photos. It was left overnight, occasionally resulting in more than one photo per night. Several weeks of work were necessary to achieve the series of shots. 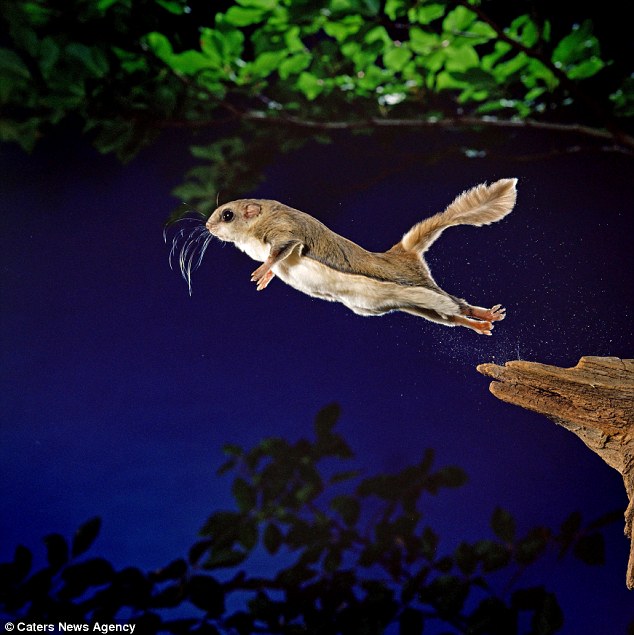 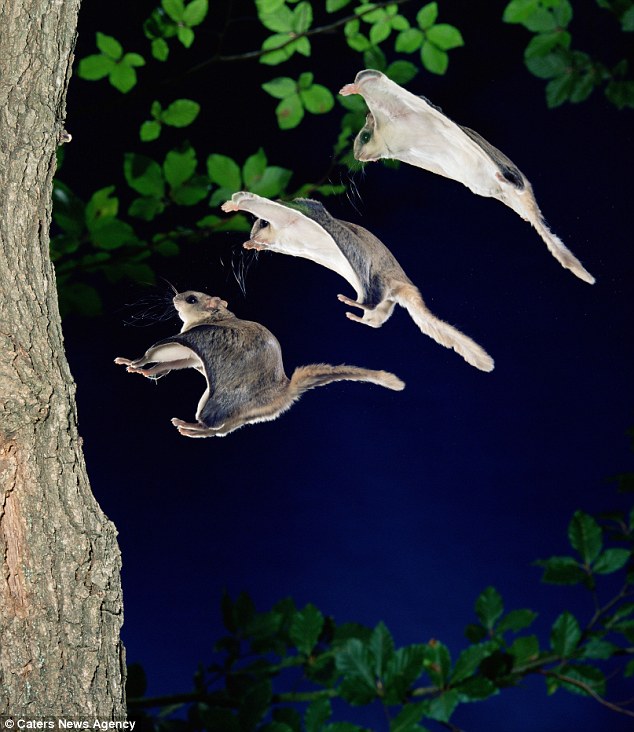 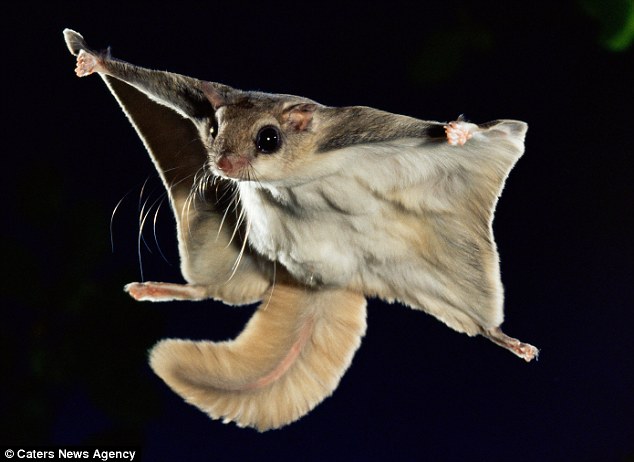 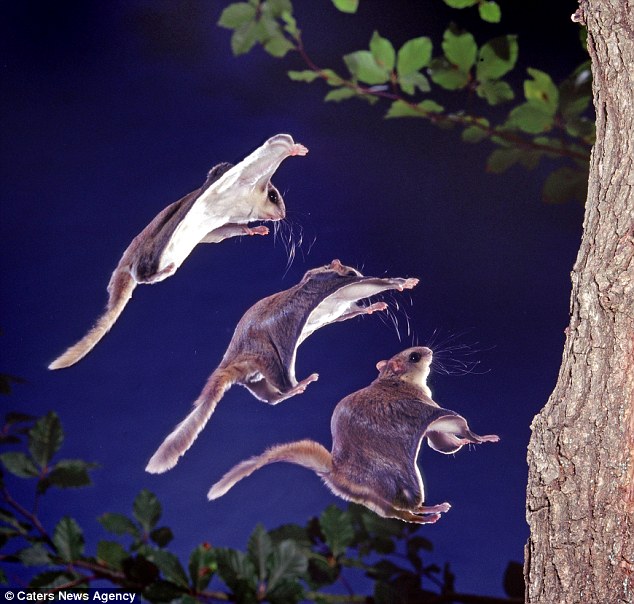 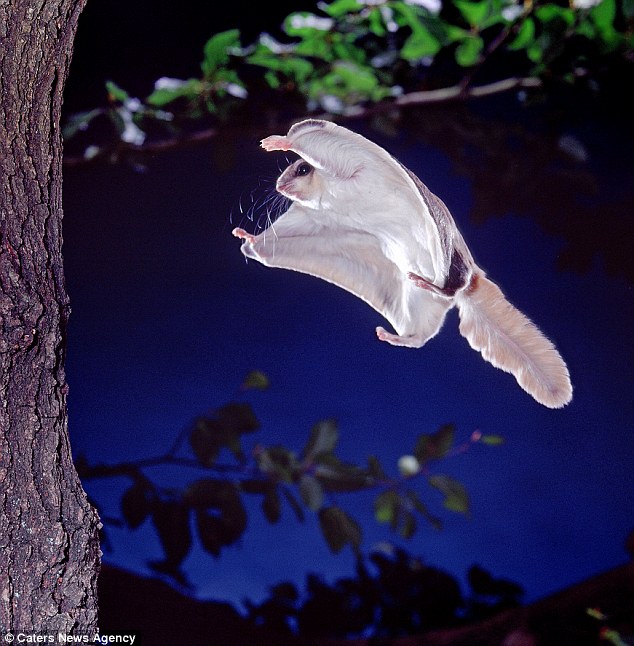